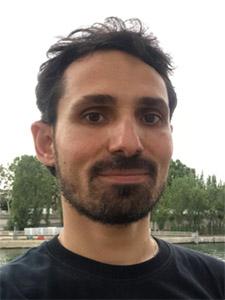 Dimitrios Lamprou is Reader in Pharmaceutical Engineering and Programme Director (Founder) at MSc in Industrial Pharmaceutics at the School of Pharmacy in Queen's University Belfast (UK). Dimitrios, is the author of more than 90 peer-reviewed publications, has over 200 conference abstracts, over 100 Oral/Invited presentations, and has secure Funding in excess of £2M. His research and academic leadership have been recognised in a range of awards, including the Royal Pharmaceutical Society Science Award and the Scottish Universities Life Sciences Alliance Leaders Scheme Award. He is the Chair at United Kingdom and Ireland Controlled Release Society (UKICRS), Section Editor for Heliyon (Pharmaceutical Science, Pharmacology and Toxicology), Editor for Topical Collection in Pharmaceutics (3D Printing and Bioprinting Applications in Pharmaceutics), and Guest Editor for 12 Special Issues in International Refereed Journals. His group is applying Nano and Microfabrication Techniques in Pharmaceutical and Medical Device Manufacturing, such as 3D Printing & Bioprinting, Electrospinning and Microfluidics. 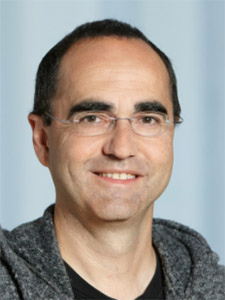 Jean-Christophe Leroux is full professor in Drug Formulation and Delivery at ETH Zurich (Switzerland). He obtained his B.Pharm from the University of Montreal (Canada) and his Ph.D. in Pharmaceutical Sciences from University of Geneva (Switzerland) in 1995. From 1996 to 1997, he was a postdoctoral fellow at the University of California in San Francisco (USA).  He then joined the University of Montreal as assistant professor, followed by associate professor in 2002 and full professor in 2007. Prof. Leroux joined the Institute of Pharmaceutical Sciences at ETH Zurich at the end of 2008.  His research focuses on the design of novel drug delivery and detoxification systems for various administration routes.  Prof. Leroux has received several prestigious distinctions for his research in pharmaceutical technology. He is a fellow of the European Academy of Science, Controlled Release Society and American Association of Pharmaceutical Scientists. He cofounded Versantis AG and Inositec AG. 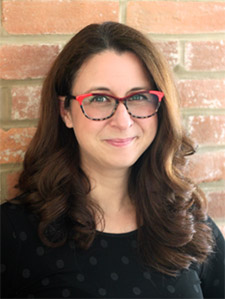 Kathryn A. Whitehead is an Associate Professor and Dean’s Career Fellow in the Departments of Chemical Engineering and Biomedical Engineering (courtesy) at Carnegie Mellon University (Pittsburgh, USA). Her lab develops RNA and protein drug delivery systems and has a long-term goal of predicting the behavior of delivery materials in humans. She received an H.B.Ch.E Degree with Distinction from the University of Delaware (2002) and a Ph.D. in chemical engineering from the University of California, Santa Barbara (2007) before serving as an NIH Ruth L. Kirschstein Postdoctoral Fellow at the Massachusetts Institute of Technology (2008 – 2012). Prof. Whitehead is the recipient of numerous awards, including the NIH Director’s New Innovator Award, the DARPA Young Faculty Award, the DARPA Director’s Fellowship, the ASEE Curtis W. McGraw Research Award, and the Kun Li Award for Excellence in Education. Prof. Whitehead was named as a Pioneer on the MIT Technology Review’s Innovators Under 35 list in 2014 as well as one of the Brilliant Ten by Popular Science in 2015. Her publications have been cited over 6,000 times, and several of her patents have been licensed and sublicensed for reagent and therapeutic use.